We are extremely glad to announce that a new version of OnSign TV Player for Android is available!

The OnSign TV Player 0.9.10 version is packed full of features – among them, some of the most frequently requested by our users – so let's do a feature drill down:

It's now possible to replace the logo displayed during the start of OnSign TV Player and on all status messages. All you have to do is go to your settings, click the Add Image link, and upload a file with the specified size and format.

You can upload whatever artwork you like, but mind that it will be displayed on a black background, so be sure to check how it looks on black before submitting it. 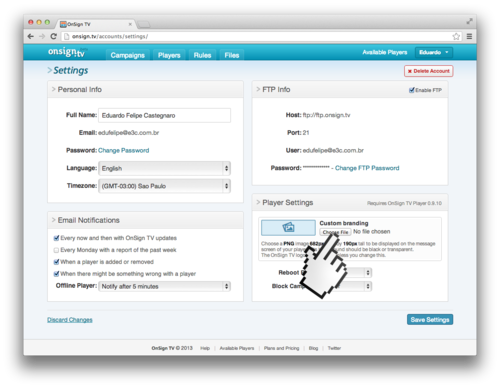 We've come across some really bad Android implementations – that freeze after a couple of days running uninterrupted – and while we try our best to keep OnSign TV Player running continuously there is little we can do to fix faulty devices. To circumvent that we added the possibility to periodically reboot the device OnSign TV Player is running on.

To avoid any interruptions to your service we also allow you to specify which time of the day is better to reboot, so the least amount of people can see it rebooting.

Just remember: in order for this to work you need a rooted device since Android doesn't provide a way for an App to request a reboot. 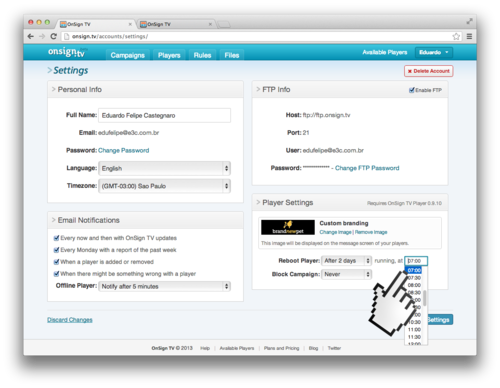 Since the first version, OnSign TV Player blocked faulty campaigns, such as those with unreachable URLs, after three errors. We've always felt that not showing a campaign containing an URL, due to lack of internet, was better than showing a white rectangle. But a lot of users asked for the ability to configure that behavior, so we implemented this feature. After all OnSign TV is all about putting you in control of your signage. 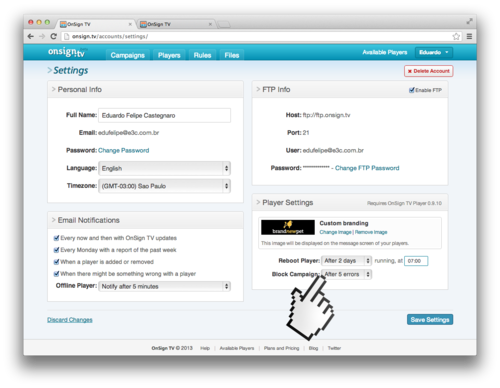 Be sure to update your players to version 0.9.10. It is a great release and we are incredibly proud of it.

4 Steps To Find Your Target Audience