In this tutorial, you will find more details about two methods which you can use for pausing on demand campaigns. This is especially useful when triggering unending playback, in which the campaign repeats in an infinite loop. 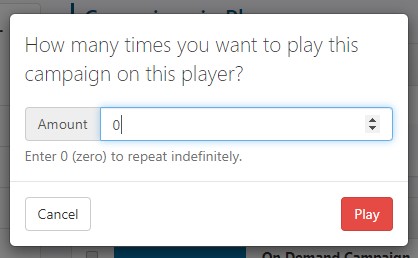