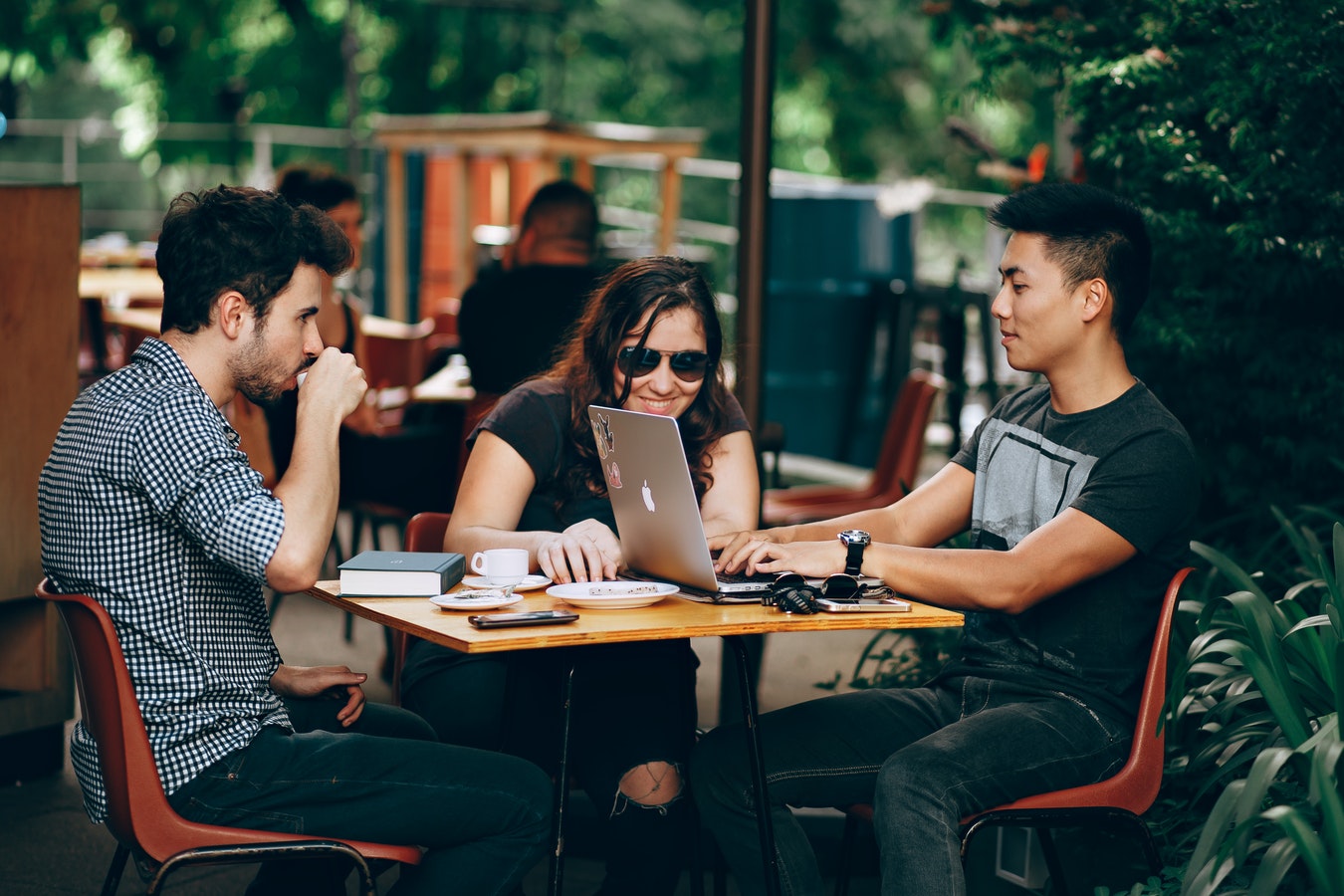 Similar, then again very different, these two much talked about generations make up the majority of today’s target audiences. And they’re certainly more complex and unpredictable than any generation before them. So how do you get an impact on them? Each generation so far has learned ads are nothing to be excited about. For online natives Millennials and Gen Z, skipping, closing or ad-blocking is a common habit they don’t even bother to glance over what it is they are closing any more. Ironically, to reach the newer generations, you may want to use an older ad medium. 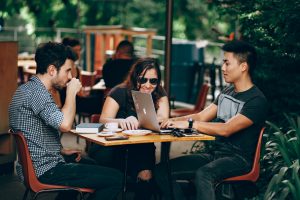 Out-Of-Home advertising might appear as a boring, offline advertising medium, but it has proven to be effective! And not only in increasing recognition or purchase triggering, but also to direct audiences to other advertising mediums online. With the two aforementioned demographics in mind, let’s take a closer look why Out-Of-Home is so effective in reaching millennials and Generation Z!

1. OOH is non-intrusive, yet provides awareness

The vast majority of Millennials agree they don't like being targets of marketing. They crave brand authenticity, with 89% preferring simple, direct ads. Similarly, Gen Z shares these stances. Authenticity and real-world experiences are key. And the reason why they like OOH–the #1 preferred ad format for both generations–so much is because it blends into their own lives. In a world dominated by the internet, where they can share what they find and their impressions online easily, OOH is more physical, real and impactful than an online ad. In a manner of speaking, one could say OOH has never been too aggressive to force us into automatically hating/skipping it, as online ads are.

With that in mind, unlike other types of advertising, OOH isn't as intrusive or interrupting. Add to it the fact that Gen Y and Z have very little tolerance for interruptive ads, and you'll clearly see why it's taken so well.

When we talk about speed in this context, we're talking about the attention span of your target consumer. Millennials have an average attention span of 12 seconds, which is even lower for Gen Z: 8 seconds! This is only one of the reasons why it can’t be stressed enough to create OOH campaigns which are understood in a swift instance. 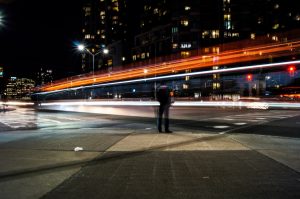 However, just because both generations have shorter attention spans doesn’t mean the chances of them noticing you are lesser. Despite these times being incredibly low individually, the ability to pay attention to multiple sources at once is greater. On average, when using digital platforms, Millennials swap between three screens at a time, whilst Gen Z does so with five! This makes sense, if you think about the speed of the modern age. We have to pay attention to more things than we’ve ever done before. And once you grow up accustomed to that speed, it can be mental torture to be forced to go through one TV ad at a time. This is only one of the reasons why ideal OOH campaigns are very quick and easy to understand at first glance.

Take into account all the aforementioned advantages OOH has over online content. Mainly, OOH is non-intrusive, it doesn’t force the viewer to see it before they can perform an action they want on the same platform. It’s not restricting in that way. Online ads are, however. Be it pop-ups, skippable ads, or ads you see while scrolling through your Facebook feed; they’re all somewhat intrusive. And each future generation gets more and more accustomed to instinctively skipping, ignoring, or looking past them.

A contributing factor is that OOH doesn’t fade, hide or mute itself like online ads do. Even if there are multiple ads rotating, it’s still physically present, and that makes it more real and impactful. Have you noticed how a movie trailer at the cinema somehow feels more intriguing and alive than when you see it on your phone? This effect is also achieved when comparing OOH to online ads.

We briefly touched on the appreciation Millennials and Generation Z have for authenticity and real-life experiences. With so much of today’s activities being merely inside our heads, being grounded and physical has a special appeal. This craving for reality is applicable not just to OOH, but works a lot better with it for providing another dimension to reality. When it comes to marketing to these two generations, they don’t want the ad to be an ad, but rather a relatable story, and guide them to be a part of something. They want a message worth supporting, and they will respond to a message which reflects their ideals.

An excellent example can be seen with American Eagle. In 2014, they stopped Photoshopping their ad campaigns, and their lingerie sales skyrocketed! This stance brought in more relatability to the target consumer (Millennials). They could see themselves in these entirely natural and realistic images which essentially represented them as they were. 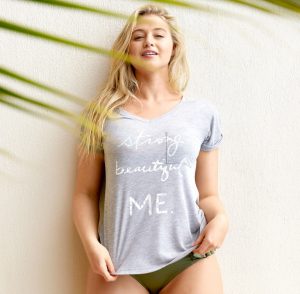 This is where social media comes in. It allows brands to voice their stance on certain things and attract those who share the idea. In 2015, when same-sex marriage was legalized in the US, many brands stood up to support it. This was an excellent way to not only support the cause but also make it known to their audiences that their mutual interests align. These types of messages make the Millennial and Gen Z consumer base more attached to a specific brand.

5. Differences are subtle, but they do exist

Another tip when creating any type of campaign (especially OOH) for these two generations is to know that they’re not quite the same. What works for one will only partially work for the other.

Members of Generation Z are more social-media focused and use more digital platforms. Makes sense if you think about it. Their upbringing has indicated the internet is everything. Millennials, being born with only one foot in the internet world, aren’t as aggressive when it comes to pursuing it. This means it can be highly effective to direct them to your social media channels with a little push by OOH.

Loyalty programs are another example. Millennials appear to appreciate it, with 45% considering them as a good thing. However, only 30% of Gen Z share this stance. They feel less inclined to be "loyal" and rather keep their options open and stay more independent. With this in mind, if your target is Gen Z more so than Millennials, loyalty programs might not be the best investment to add to your store.

Influencer marketing is very strong with Generation Z. For decades now, ads have contained celebrities in hopes of surfing on their popularity and swaying viewers to make a purchase. With the age of the internet, influencers have become stronger than ever. Channels like Facebook, YouTube and Instagram, allow anyone with a sound following to spread their views and opinions easily. But Gen Z seems to be more likely to respond to influencers than Millennials.

Influencer marketing is where Gen Z’s ad skepticism completely goes out the window. Give them a model to aspire to and they literally and figuratively buy whatever they say. Gen Z is still a young generation. Have some patience with them. They still have time to grow out of the hype. In any case, if you choose an influencer to use as a part of your campaign, make sure it’s the right one for your target audience because they might not be preferred by both generations. 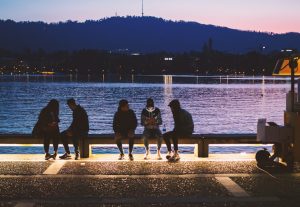 These two target audiences may have their differences, but they both fully understand how advertising works. And ultimately, they both expect the content they see to carry a message, to inspire and reflect ideals. It would be wise to create separate advertising campaigns and content for both of them individually, but as we said, what works for one audience will likely work for the other to a point. It’s all about fine tuning, depending on your product and offer. If you’re focusing on only on one of them, be sure to use these guidelines to create and give to them what they want to see!

5 Reasons Why Everyone Ignores Your Digital Signage