Self-driving vehicles are a definitive part of the future and most of us have already gotten used to the idea that they will one day dominate the highways and roads. They do have their pros and cons, but ultimately, their numbers are and will continue to increase. Still, while they surely will flip the transportation industry upside down, they’ll make an impact on many other industries as well. Most importantly, we are the ones to question how self-driving cars will impact the outdoor advertising world. 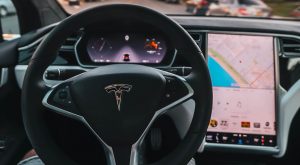 How will self-driving cars affect the placement of ads, the content used, the success of outdoor ads influencing the audience, and what are hidden potentials for OOH once they become more popular?

When will self-driving cars become common?

The subject of self-driving cars is hardly foreign to anyone. Even with pilot projects in small communities already taking place, it will be a decade or two before they become a common method of transportation and even more time before they outnumber other vehicles on the road. With the current limited number of self-driving cars, it is difficult to know for certain the impact they will have. There is however quite a bit of speculation going on. And whilst some think that self-driving cars will damage the Out-of-Home industry, others think they might do the opposite.

Kevin Foreman, vice president and general manage of enterprise at INRIX, discussed the technology at the Digital Signage Expo. With regards to self-driving or autonomous vehicles, he named six primary levels of autonomy:

Yet despite the advantages, he finds that self-driving cars are unlikely to become the primary mode of transportation anytime soon; mainly because of so many other cars on the road and in the market.

Longer commute times: a pro or a con?

Although it's likely the commute via self-driving cars will be longer, it will be more tolerable. There are more activities one could do to kill time, or even do certain tasks planned out for it.

Additionally, longer commute times create more potential for successful OOH advertising. However, one might assume that a passenger in a self-driving car won’t look outside when they can tweet or check emails instead. That would mean despite longer commute times, the passenger might still not observe outdoor ads as much. It would make self-driving cars a con for OOH. Yet, it is only an assumption at this point. Let's take a look at the different perspective. 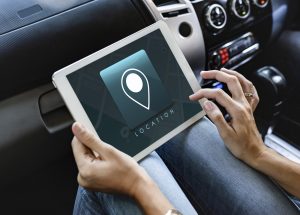 Compare commuting in an autonomous vehicle to public transport. One can't do all the tasks in a bus which are possible in a self-driving car. It could be out of concern for privacy or convenience. And while this means you have more freedom in a self-driving car to do various things, this doesn’t mean you won't be looking outside.

Take into account a factor like motion sickness. Some passengers get sick if they read a book, or use a mobile device or a tablet for longer periods of time. Then there is the factor of the driver’s instinct. If you’re a seasoned driver, it will take quite a bit of time to get rid of the instinct to look outside while in the passenger seat. Plus, isn’t it part of the fun of being in a car to see different landscapes and parts of the city pass by your window? These are all indicators that a large crowd is going to take advantage of looking up when sitting in a self-driving car. Thus, we can conclude that although the option to not look outside exists, it is unlikely passengers will opt for it excessively.

A lift of (D)OOH restrictions in the future?

Most municipalities have restrictions for outdoor ads to ensure safety to drivers. A display can only be designed in certain ways. Too much brightness could distract the driver, for example.

In the future, if self-driving cars were to become the dominant method of transportation, many if not all of these restrictions could be lifted. Digital billboards could be as massive as desired, and have plenty of visual changes in the content. They could be brighter than ever, though maximum display brightness at night may still be considered the greatest crime in DOOH.

Longer commute times and greater exposure potential will play an important part if outdoor digital ads can interact with the vehicle. With greater connectivity, future billboard technology will have more freedom to communicate with riders directly. If vehicles could be identified by the billboards, their content could be personalized based on the audience viewing it. Although a variant of this option was talked about in the past, it has raised an eyebrow or two in terms of privacy concerns.

Still, there is the question of how this could be done while bringing a positive experience to the rider, since the last thing they would like to see in their cozy self-driven vehicle is an ad. The situation would certainly demand some creative thinking. Showing notifications about nearby events, stores or points of interest could be a smooth start. 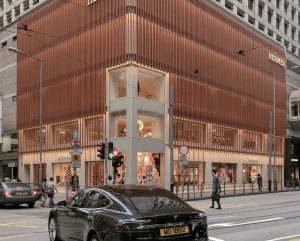 Nonetheless, the possibility of outdoor ads connecting to the vehicle displays means that outdoor advertising hasn’t run into a dead end!

It will need to be seen how the future unfolds. Likely, we will see the industry adapt to the coming changes. Whatever happens as a consequence of self-driven cars dominating the road, it won’t happen without a fair share of good and bad implementations.