We are concerned with the environment more than ever. As good as this awareness is, it is battling the swiftly-developing technologies which might not be as eco-friendly from the start as we’d hope them to be.

Still, with advances in technology, we are finding more eco-friendly solutions each day. It is often said that digital signage is one such solution. It impacts the environment far less than its traditional counterpart: paper. But while this fact may be overall true, digital signage is far from perfect. It has its flaws, and in hopes of eliminating them in the future, we must understand them well. 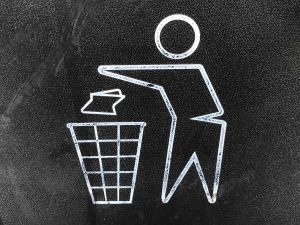 The eco flaws of traditional signage

Traditional signage poses a problem for the environment in many ways. With the need for printed products in general, for that matter, come many ecological problems.

First, paper requires trees and, as you’ll see later on, a large number of them fall annually for this purpose. Next is the matter of printing content and physically transporting it to its destination. Pollution occurs in each step throughout this process, from the moment the tree falls, to the moment it is transformed into an advertisement and is ultimately disposed of after its use.

There is a short-term positive of traditional signs: a one-time ecological footprint (unlike with digital signs). A paper sign is printed once and once it’s placed on a location it no longer causes any harm to the environment. The problem: it’s not a very long-lasting product. In a relatively short time-span, a paper sign needs to be replaced, especially if it’s used for time-sensitive content. This requires the entire process of paper production (and in turn pollution) to start from scratch and repeat itself numerous times.

The eco flaws of digital signage

Now let’s see the other side of the coin. Digital signage has often been described as the ideal replacement for traditional signage. The primary reason is that it doesn't need printing on paper or other materials. We won’t hold you in suspense. It certainly is more eco-friendly than the traditional variety, but we must be aware of its flaws.

Unlike traditional signage, digital signage is a product which is delivered and set up only once, then delivering a lifetime of information. You don’t need to have it delivered multiple times nor does it require a replacement in the near future, unless it breaks down. It also easily solves the aforementioned issue of time-sensitive content. 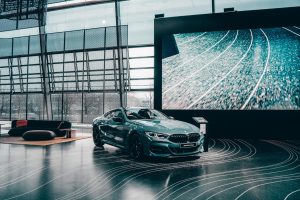 The production if its main components surely leaves a one-time eco footprint as well. But the plus side is that it occurs less frequently than with traditional signage. However, unlike traditional signage, it leaves a constant ecological footprint during its use. As it transmits content, a digital display consumes energy and generates emissions. A traditional sign does not. On a smaller scale, one could argue that traditional is less harmful.

However, on a larger scale and in the age of almost daily-changing advertising content, digital signage leads the way. Its constant emissions are significantly “greener” than the pollution generated when a printed sign requires a replacement and has its components delivered.

Could we survive without paper?

Signage originates mostly from companies who want to communicate on a larger scale than one-on-one. They likely want to announce a new product or service to the world. Or, as we see increasingly, they want to use signage within the company for corporate communication.

Each company and individual is different, thus it’s hard to estimate concise numbers to depict the need, use, and waste of paper for them all. Judging by rough estimates, though, here is a fairly accurate picture of the flawed use of paper in many businesses. 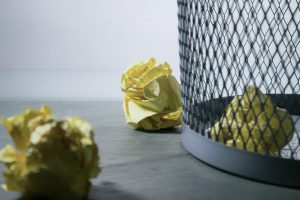 A ton of paper (400 reams or 200,000 sheets) requires 17 trees and over 26 thousand liters of water to produce. To put things in perspective, statistically the average office worker uses around 10,000 sheets of paper annually. What’s worse, according to estimates, almost half of it (45%) ends up in the trash by the end of the same day it left the printer!

This clearly implies that paper requirements aren't exclusive for long lasting documents as much as they are for simple communication. Certain reports could flow through the digital network instead of printing. Many aspects of corporate communications, like documents, memos, or publications employees share with others daily could be communicated via a display. This is only scratching the surface of how digital signage can reduce paper waste and reliance on paper production.

Is a full digital signage replacement worth it?

While traditional signage shouldn’t be dismissed entirely, there is general consensus that digital signage is better in more ways than one and very much worth the investment. However, there are reasons why many businesses are hesitant to invest. The hurdle of equipment they must buy puts them off, as well as the uncertainty of success. Digital signage is only as powerful as the content it displays. Financially and ecologically it is beneficial if deployed on a bigger scale.

Digital signage has the potential to take over a lot of aspects of outbound communications ordinarily done through paper, fully eliminating the need for printing. Externally, this would mean replacing all static signs which ordinarily need re-printing whenever a new message needs to come out. Internally, it would need switching from memo circulation on paper to digital for all messaging.

Another plus for digital signage is its industrial development. Displays become more eco-friendly as the production process improves with each year. For instance, many displays today have automated brightness settings which reduce the amount of energy required for their use. As digital displays improve, they consume less energy and they use it more optimally, leading to more improved emission standards.

So who wins in the end? We can conclude that traditional wins the battle on a smaller scale. Occasional unique printables in small circulation or one-time big launch outdoor ads (especially when a creative idea strikes) are less polluting than a continuous digital display. However, for daily reports and updates, or outdoor advertising for the newest fast fashion collection or a movie coming out soon, running day and night digital signage takes the win by a landslide.

The US uses around 68 million trees annually to produce paper and paper products. Each tree left standing is a big plus in helping the production of clean air through photosynthesis. While it’s clear that paper can’t be fully eliminated in all aspects of business just yet, digital signage can definitely help bring the number of cut trees down. 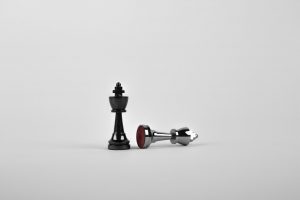 For further reading, Dave Hynes (Sixteen:Nine) wrote a very intriguing article on this topic and examined the question of ecology from both a digital and a static perspective objectively. While both sides have pros and cons, it’s finding the right balance that ultimately leads to the best eco-friendly mix.