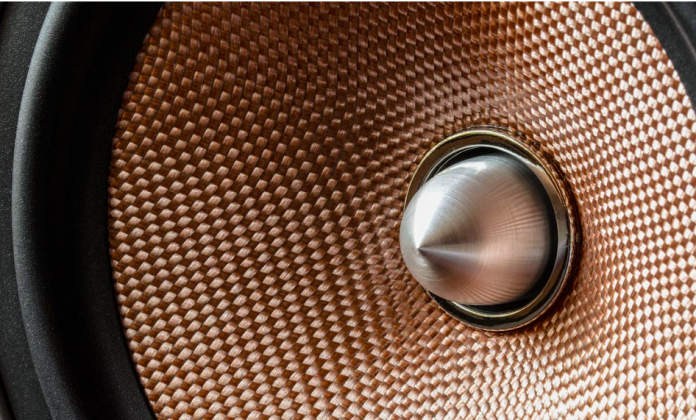 Audio is a great way to suddenly catch people’s attention. That description may be appealing, but just know that it’s not a matter to be taken lightly! Audio is very welcome in digital signage, but there are many pot holes along the way. Indeed, if not handled with care, audio can very easily pass the point of benefit and become a harmful asset to the customer experience. Here’s more on where to use it properly!

What are your options?

Let’s run down some of the most common uses for audio in combination with digital signage.

Audio announcements come in many forms. Ranging from daily discount shoutouts to emergency announcements, these are typically short audio recordings that you play on occasion, and when fitting or needed. Ideally, pre-prepare important audio announcements and have them ready to play on demand.

Music is a great source of audio and is fitting in many environments, so long as it can be heard clearly and it doesn’t obstruct any part of the customer experience. Ambient sounds are also an option to playing in the background, if you’re looking to create a specific ambience for the consumer.

From announcements and promotional ads to music and radio, there are many forms of audio you can deliver to your customers. Depending on the audio you want to broadcast, establish if it fits your audience.

Shoppers on the lookout for deals will appreciate an announcement featuring daily discounts. Meanwhile, you wouldn’t really want to broadcast such announcements in a coffee shop. In that case, it might be better to play music or create an ambiance.

Emergency announcements are always good to have, as safety is the number one priority and more important than anything. There are several other announcement options to consider, depending on your business needs. Brainstorm on which announcements would benefit you best and develop them!

Will your audio be heard?

A mall typically isn’t an extremely noisy area, and you might think that adding audio to your digital signage will go smoothly. However, once you set it up, you’ll quickly find yourself raising the volume in hopes of matching the ambient sounds in the background. This isn’t to say that a mall is a bad place for audio, but simply that it might not be. And it’s up to you to be prepared for that!

Apart from ambient noise, take into account the crowds of the location where you want to deploy your audio. Areas that have a spike in traffic will also have a spike in noise. Furthermore, if the traffic moves quickly and people spend barely a few seconds in the vicinity of the display, it’s likely audio won’t make much of a difference, at least in terms of messaging. Music might do better, but again, it depends on several factors of the environment you’re in.

The rule of thumb is that audio and video in digital signage must not be codependent, i.e. the visual content must not depend on audio to be understood. If this is the case and the two elements depend on each other, excessive noise in the area will destroy the audio message as well as the video component, and render both futile.

It is good for the video and audio to send the same message, but it is also completely acceptable to have the audio and video send two entirely different messages. For example, you may announce a promotional offer to accompany your visual one. This is excellent to reach customers who are not actively looking at the display, allowing you to turn your displays into an audio announcement system. Then the audio can stand alone and do its work separately from the visual component.

Now, let’s take a look at a few specific uses!

If you plan on using audio announcements to feature products or offers, don’t do it too often. Not only does this become annoying very quickly, but mentioning too many products doesn’t achieve anything as people eventually stop listening. When the audio plays, you’re getting a few seconds of precious attention from every listener. Thus, select a small number of products to feature daily, and prepare an audio recording that lasts about 10-20 seconds. The shorter, the better.

The matter of volume we discussed above is relative when it comes to music in that it doesn’t need to be absolutely clear. After all, you’re not communicating anything, and it’s entirely for ambient purposes.

Playing music can be done in many ways. You can stream the music through a web link, or build your own music collection. With audio playlists, for example, set up a playlist of songs, and have announcements or other audio appear in-between. This way, you get a healthy mix of ambient music and audio announcements for your customers.

Use audio only when appropriate

Before even thinking about including audio into your content loop, you must have a really good reason for doing so. We are all guilty of using a feature or product just because it’s there. But in business, this can easily backfire and do more harm than good. It’s because we get easily irritated by sounds, especially sounds that repeat continuously. When it comes to audio, asking employees who hear it all day are the perfect sources of feedback. If they tell you it’s not annoying or bothersome at all, you’re on the right path!

Ideally, you’ll find at least one of the uses mentioned above to be the reason you’re considering using audio. There are many others, but always be sure it’s warranted and think carefully before implementing it because audio can be very beneficial if used right.

In terms of content creation, OnSign TV offers a Text-to-Speech app to create custom audio announcements in a variety of languages, the ability to stream audio online, audio playlists which are highly customizable, and the audio loop feature which plays audio separately from your main content. If you haven’t already, give all these features a try for free!

6 Ways to Include QR-codes in your Digital Signage