Digital signage has an exquisite power to get people in touch with a product, service or information they need. Why then would a city want to oppose it? We take a look at some prominent reasons why cities are starting to ban digital signage in certain forms. We'll also see if the digital signage ban is justified, especially with the growing advancement and development of digital signage features. 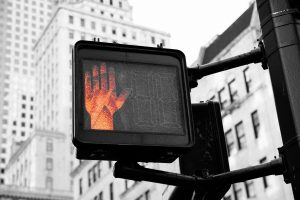 For instance, the distracting brightness of displays at nighttime was one key complaint. With displays now adjusting brightness to perfection automatically, that issue is now fading. Let’s dive in and see some other ban-worthy (and unworthy) reasons!

“A digital billboard catches all my attention!”

All advertising, digital or traditional, draws attention to itself. Digital is especially effective at this task as our eyes automatically glance at a bright object in motion. But digital billboards have long been accused of being too much of a distraction to drivers. They might cause a car crash.

Yes, it is very clear digital billboards tug on the drivers’ attention. After all, if they didn’t, they wouldn’t be effective and no level-headed business would use them. The topic of distraction caused by billboards is not exactly new. Just remember the 1994 Wonderbra ad campaign.

In 2007, a Virginia Tech Transportation Institute study showed that digital billboards aren’t particularly distracting. They do, however, "attract drivers’ eyes away from the road for extended, demonstrably unsafe periods of time." The research has increased since 2007 on this topic. It demonstrates evidence or rather lack thereof to get a solid picture of just how dangerous digital billboards are.

Is this distraction dangerous?

One could say that any form of distraction is dangerous for the driver. Though, can the attraction of a digital billboards truly be so distracting that it results in an accident? There isn’t much data to confirm this because it’s difficult to establish a connection between the two.

For example, a 2015 study by the University of Alabama at Birmingham found that digital billboards are likely to be present at the crash site. However, in such accidents, there were plenty of other factors involved like local conditions, weather, or location. Let’s not forget that digital billboards—as well as most outdoor advertising—are commonly placed in high-traffic areas. Thus, the mere presence of a digital billboard at the scene of an accident is not a causal connection.

Another 2015 study further investigated this topic and found that the average amount of time a driver would look at a digital billboard is under 0.75 seconds. The duration of this distraction is unlikely to impair the driver's ability to adapt to unexpected conditions. This study, alongside much other research, shows that digital billboards are a minor distraction. They're unlikely to be of any danger to driving safely. Plus, regardless of the type of distraction, digital billboard or not, most drivers know to look away from the road only in short bursts. In this regard, a flashing billboard is no more distracting than a car, person or event of interest on the side of the road.

While digital signage is widely accepted as a powerful tool, certain cities like San Francisco are opposing some of its features. In an attempt to protect the private data of its citizens, San Francisco is pushing forward with the ban on facial recognition technology. This doesn't come as a surprise given how most of us feel uncomfortable with a device collecting data about our faces and identities without our permission. But in most cases, this fear is unjustified. 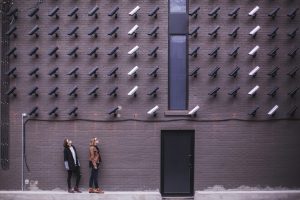 There is a major difference between facial recognition and facial detection technology. Recognition refers to the much-feared face analysis which helps technology identify us as individuals. Detection, on the other hand, refers to merely establishing what type of person is standing in front of the display. It differs from a male or female, teenager or adult, and their behavior: passing or stopping. This technology then uses the detected pattern to display content fitting to the person in front of it, without collecting private data.

This particular reason doesn’t truly apply to all outlets of digital signage. With increased habituation to billboards or outdoor displays, the mind can decide not to focus on them. But when that display is only a few inches from your face and without the option to turn it off, the mind can’t blur it out.

In a continuation of New York's attempt to deliver a better passenger experience, the city made a digital signage ban inside the vehicles of services such as Uber and Lyft. In most cases, this involved ads without the possibility to be skipped or muted. The Taxi and Limousine Commission allowed an exception for Taxi TV. Its cab owners are allowed to use in-vehicle displays as a way to offset the cost of mandatory technology installations. This technology allows passengers to monitor fare data and make credit card payments. Passengers can turn off the monitors and content in one simple click.

While the aforementioned reasons for digital signage bans hoped to bring a concrete solution, this particular reason focuses on surface value. Some cities don’t like digital signage because it obstructs the view. Such an example is New York City.

For some time now, New York City has fought to ban floating digital billboards on its waterways. The main issues the city had with these billboards is that their appearance obstructs the view of the river. The city also thinks they're potential safety hazards. Ballyhoo Media, the company responsible for these floating billboards, claimed that they complied with all federal, state, and local laws. They added that they have a legal right to operate on NYC waters with no safety risks whatsoever. 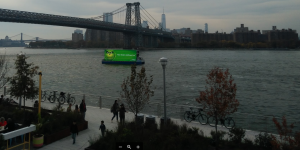 After several months of uncertainty, the city recently announced a settlement which would require Ballyhoo Media to pay a $100,000 fine if their floating billboards emerge anywhere on the East River or Hudson River. Despite claiming they had full legal rights to operate, Ballyhoo Media decided to stop resisting the city and instead redirect their energies to new opportunities.

Will there be more digital signage bans in the future?

It is unlikely that any large-scale digital signage ban will occur at some point in the future. As we’ve seen, the distaste for this amazing tool only occurs in specific cases. Displays used in shopping malls, storefronts or internally by businesses have never brought a cause for annoyance or an impairment on performance. Similarly, only once its features cross a certain line, such as privacy, does the viewer get troubled.

It’s scientifically proven that you’re unlikely to get in a car crash if you glance at a digital billboard. And there is also the fact of us all getting more accustomed to seeing such technology every day.

It’s safe to say that although its features, location, or appearance might raise an eyebrow or two on occasion, digital signage is here to stay!