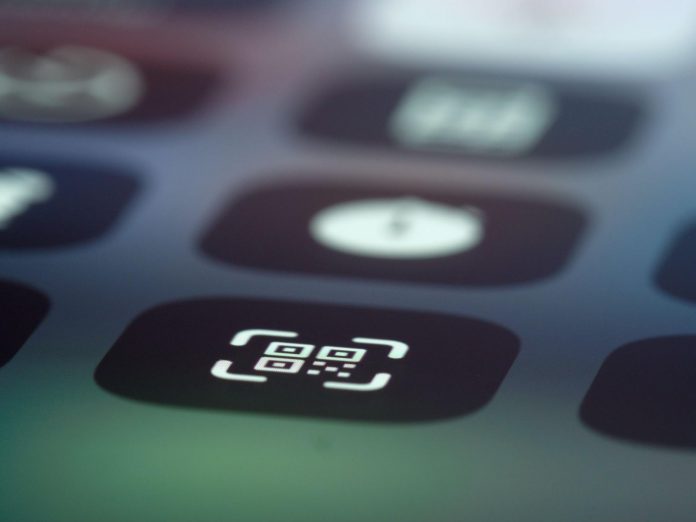 Invented in 1994, a QR (Quick Response) code is a type of matrix barcode containing information. Its original purpose was to track vehicles during manufacturing, but today they’re primarily used in advertising to direct consumers—once they scan the QR code with their mobile device—to a specific website or application.

When COVID-19 first emerged, the world not only put on a mask but a pair of stylish rubber gloves. After a short while, it became known that gloves weren’t necessary as we couldn’t contract COVID-19 through the skin and thorough hand washing cleaned hands from germs. Thankfully this happened before the heat of summer came along. But those few short months of hand protection were sufficient to raise awareness of the need for touchless interaction.

With that, interactive campaigns on touchscreens were dead instantly! Nobody wanted to touch a surface previously touched by so many other people. This created quite the challenge for creators of touchscreen content. So they decided to dust off their QR codes from the shelf, and put them to work!

Initially, the QR code was considered a fad. It was exciting at first, that’s for sure. In the early 2010’s, consumers would excitedly scan the codes on the product packaging to get more information. But eventually, this trend faded. A decade later, with the need for touchless interaction rising amid the pandemic, it has been used consistently for a sufficient period of time and is normalizing. Consumers become more comfortable with QR-codes, so marketers are now more keen on using them.

“It’s a simple, straightforward, Covid-protocol-friendly mechanism to deliver information, offers, and digital experiences to consumers,” said Peter Sloterdyk, CMO of direct-to-consumer furniture brand Koala. “And now that adoption is at an all time high, the barrier to entry (or engagement) has been removed,” he added. 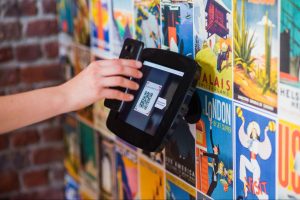 QR-codes as close to a physical-world cursor as we can get at this time, that is without the need to install additional apps. Given that touchless interaction is so prevalent these days and the options for its use continue to rise, it is likely it will proceed on its path to become as common as using a smartphone. In my opinion, though, I don’t believe the QR code will become obsolete for lack of use, but rather because further development might lead to a more sophisticated feature which replaces it.

For now, they’re the easiest route to touchless interaction, and they’re not at all difficult to grasp or use by content creators!

QR codes are easy to set up

As you know, QR codes are primarily used to direct the user to a specific website or app. But digital signage takes it a step further and allows the content on screen to be triggered by a QR code scan. This is the basis for QR code interaction, essentially allowing the user to control the screen without touch.

Digital signage software such as OnSign TV allows its users to trigger a specific campaign on digital displays by having the customer scan a QR code. It’s simple to set up, as you can see here, and it opens numerous doors for content usage! Through QR codes, your consumers can obtain more information about the advertised product on the screen. Ads and products aside, you can provide brand information, wayfinding, or build an entirely interactive menu based on QR codes.

Try it out for yourself using our software with a free trial! All you need is a display and a few minutes.

There’s not much to do in terms of visual design of the QR code as it is raw information. But when it comes to size, placement, and quantity, there’s plenty of room for mistakes. Try to avoid them.

The Out-of-Home Advertising Association of America (OAAA) published a great article on this topic earlier this year. It included some useful tips on QR code design. Of particular importance were the tests with regards to QR-code activation. The results of their tests on 55” displays advise using a QR code that’s at least 250-300px (6.25-7.5 inches) for successful QR-code scan and activation from 4 to 7 feet away. If that distance is higher than 7 feet, the device will notify the user to move closer.

The chart below illustrates measures of recognition and activation ranges. So, for instance, for a 55 inch display to contain a scannable QR code at a distance of 23 feet, you would need a 1000px QR code. 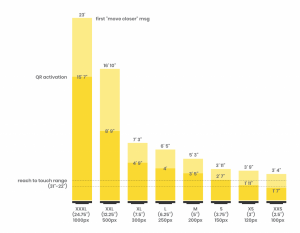 Other useful QR-code design tips are:

QR codes are an excellent addition to your digital signage content. But don’t forget all the other amazing apps you can use as complements to your content!

The world of digital signage always has something fun to see in store, especially in terms of large scale eye-catchers. Of course, we’re talking...
Read more
Case Studies

Even though the back-to-school season is generally considered to happen in August, plenty of parents and students are on the lookout for shopping opportunities...
Read more
Case Studies

It’s a fantastic sight to see a business use eye-catching digital signage in the storefront, a hotel lobby, or the lounging area of a...
Read more

How to Handle a Large Number of Displays with Digital Signage...