As we move deeper into 2018, expectations are being met and raised during annual events like ISE 2018. Furthermore, some major results are coming in from specific companies regarding their full-year success of 2017. As we focus on the past of the digital signage world and how it has grown, in this article we are also focusing on what the future of digital signage might look like given how well it’s run has been thus far.

Don’t forget to stay up to date on any potential cyber attack potentially lurking around the corner.  We’ll be talking about ways to recognize and monitor them with new methods.

oOh!media has seen strong organic growth and benefited from their acquisitions made in 2017. This resulted in the final full-year profit increase of 35.5%. The company’s shares rose by 5.4% when the full-year profit was confirmed at $33.2 million. The company predicts earnings of between $94-99 million by the end of 2018.

CEO Brandon Cook said the company was growing faster than the rest of the OOH advertising sector. “We’re growing our business faster than the Out Of Home market by continuing to lead the market in delivering innovative solutions for clients to integrate data and content as part of our audience-led strategy across our network,” he added.

Hiscox, a leading specialist insurance company, is launching a campaign which tracks cyber attacks in real time by detecting attempts of unauthorized access. Through testing involving setting up a “honeypot” test server, Hiscox discovered up to 25.000 attacks per day.

A digital outdoor campaign will aim to highlight the magnitude of this problem, highlighting the number of server attacks which are detected in real time. Hiscox will offer unique education opportunities, running cyber academies in an attempt to educate business owners to understand how to defend their company from cyber attacks.

Another ISE (Integrated Systems Europe) convention has recently wrapped up, and it proved to be the busiest and largest annual event in its 15-year history. The ISE trade show is an event any person in the AV industry wouldn’t want to miss.

ISE 2018 was visited by over 80.000 people. This is an increase of 10.3% compared to ISE 2017. The floor space confirmed by exhibitors for ISE 2019 predicts a 103% of the total booked for ISE 2018. With an increased attendance of first-time exhibitors and visitors, that number is certain to rise even further. 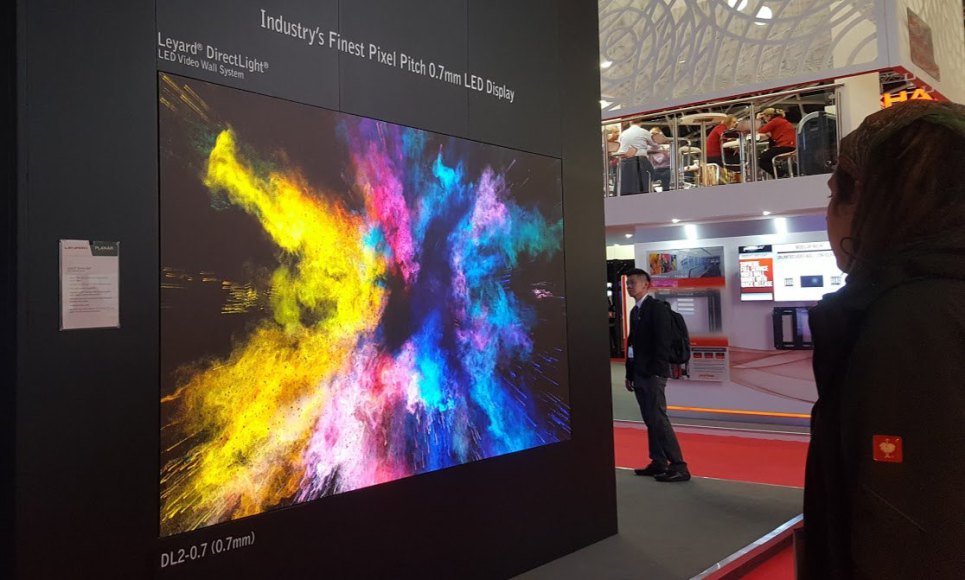 Dave Haynes, founder and editor of Sixteen:Nine posted daily impressions from the event, providing a first-person perspective to anyone who might have missed the event, or simply curious to see some honest and thought-provoking opinions about the most important bits.

Digital signage speeding forward, but to where?

Digital signage is moving forward at a rapid pace, as can be seen at every year’s end in profits as well as technical developments of this amazing tool. However, where is it headed? Installation-international recently published an article on this subject about what the future of digital signage might look like. 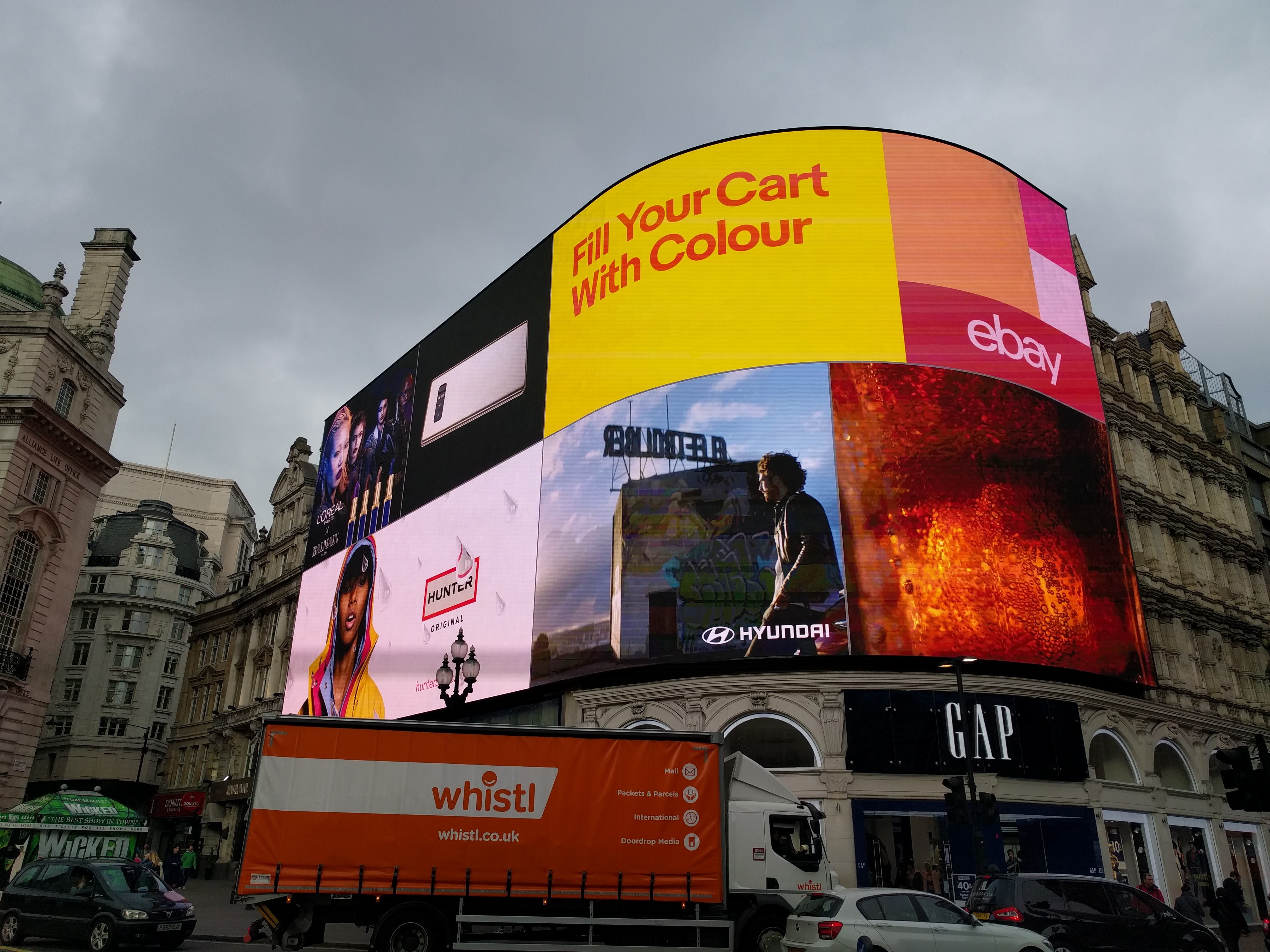 While it’s obvious Digital Signage will continue to become smarter and more impactful in the customer journey, it may evolve differently than expected. For instance, from a technological viewpoint, projections offer a great alternative option for digital signage, delivering compelling solutions which can be applied to 3D surfaces and various dynamic scenarios.

For more details about similar predictions about the future of digital signage, including the prediction of cultural acceptance when it comes to its implementation, be sure to check out the full article.

Digital signage hacked to mine cryptocurrency

An outdoor screen in London was spotted to be mining cryptocurrency. This was a pretty bizarre sight as this particular screen typically displays ads during the majority of its active hours. Terence Eden, a tech enthusiast, noticed and shared photos of the display on Reddit.

The responses on Reddit were as expected full with people finding the matter humorous and suggesting all computer power in the world will eventually be used for cryptocurrency mining. It is still not clear whether this particular computer was hacked and instructed to mine cryptocurrency, or if it was used by an employee who didn’t know it will be shown to the public.

Although a very odd and somewhat entertaining sight to see, it is not that rare as more and more people are turning to cryptocurrency mining and are willing to hack other people’s computers to help them do the job more efficiently – and without their electricity bill going up. Be sure to check out more details about this story, as well as other similar cases mentioned in the article. 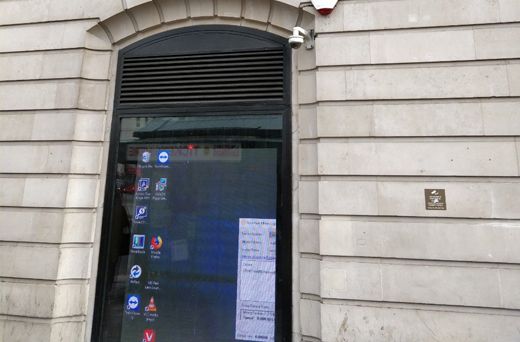 With all news in mind, it’s safe to say that the month of February has been marked by ISE 2018, as will the upcoming month be marked by DSE 2018 on 27th of March. Stay tuned as we will certainly be discussing this must-be event in the upcoming weeks in great detail, alongside more news impacting the world of digital signage.