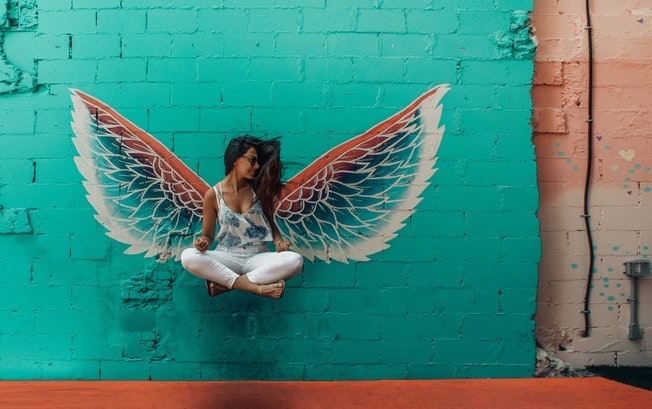 Sometimes you need a bit of inspiration to get your gears going. This set of outdoor ad campaigns will provide you with the remedy you need! We’ve showed some truly inspiring digital signage campaigns in the past. Be sure to check those out as well if you haven’t already. As a continuation to that, here are some more recent campaigns certain to get your creativity flowing. We’ll examine some amazing digital outdoor ads, and one bizarre ad which, although not digital, has not left anyone seeing it unaffected. Let’s take a look!

Launched in 2017, this campaign has been the talk of the industry in 2018. It was nominated for the DSE 2018 APEX Awards, and is still talked about today!

Coca-Cola designed and implemented a 3D digital sign. The sign was completed in August of 2017. It took more than four years to complete. There were quite a few challenges along the way for this marvelous installation. Starting with the weight of the sign, manufacturing challenges, reliability of robotic components in all weather conditions, to name a few.

Resolving these challenges brought about not only an amazing sign but also an award or two for the company. Coca-Cola snatched two Guinness World records. This is the first 3D Robotic Billboard, and also the largest! Though, mind you, if it’s the first of its kind, the fact that it’s the biggest goes without saying.

This is one example where a more physical presence of an ad prevails over any kind of illusion digital content can provide. This is particularly effective if the emotion you’re attempting to evoke in the viewer is an eerie one.

Passers-by in West Hollywood likely had their hearts pause for a second when they saw this one. This Netflix OOH campaign aimed to spread the word on the new sci-fi series, Altered Carbon. The show details how a person’s mind can be transferred into a new body known as a “sleeve,” allowing them to live forever.

The bus stop ad featured this very sleeve, resembling a nude mannequin wrapped in plastic. The sight itself may be shocking, but adding to it the mannequin appeared to be breathing. As this campaign hasn’t gone ignored by anyone who saw it, it was a decent success. Still, while some liked it and took interest, others said Netflix was taking things too far.

This was definitely one of the most memorable outdoor ads of 2018. To see a few more, and see how good of a year 2018 was for digital signage and outdoor advertising, check out our 2018 in review article.

The Ocean Digital Creative Competition inspired creativity in the DOOH world by awarding the most creative concepts. One of them is a campaign working to stop cyber bullying and it consisted of the following:

On Stop Cyberbullying Day, messages of hate appear in real-time. At the same time, facial detection cameras snap pictures of passers-by and present the message as if it’s aimed at them. Then, the screen explains the cyberbullying message inviting people to #DeleteTheHate by spreading awareness.

This campaign was one of the entries in the aforementioned competition. Judges described it as a campaign which “has the potential to do something really brave. It uses the medium to all its strengths and the fact that it includes people makes it even more powerful. The changing of the message from negative to positive could be a massive story.”

This entry took second place. To check out other entries, as well as the number one, head over to oceanoutdoor.com.

Each of the four seasons brings something unique. Last year, eBay found a way to take advantage of UK’s fickle springtime weather. This one is certainly worth looking at for inspiration with spring just around the corner!

eBay’s campaign showed the brand’s “vibrant and colorful wares in a way that is responsive and useful and aligned with consumers’ mindset and surroundings at the moment,” says senior marketing director, Gareth Jones. 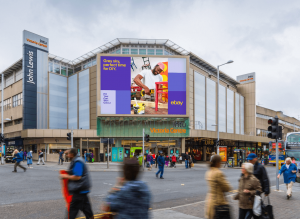 For the last campaign we’ll take a look at a New Orleans car dealer who used digital billboards to troll the NFL after an epic missed call.

First, the man who owns multiple car dealerships around New Orleans booked LED billboards around the Atlanta area. Then, he used these billboards to troll the National Football League ahead of last Sunday’s Super Bowl. A missed call kept the New Orleans Saints out of the big game.

To make a long story short, a penalty was omitted, and if it had not been, the Saints would’ve likely won. This resulted in quite a bit of frustration from fans and viewers, as it seemed they were robbed of their victory and the chance to move forward. Read more on this news, as well as more of what was on these billboards, over at 16:9!

The man vented some of his frustrations through these digital billboards stating that the Saints got robbed, among other messages. 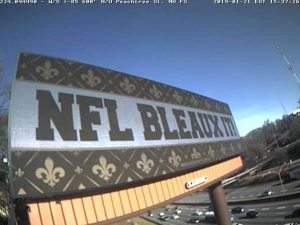 Are your creative gears spinning yet? We’ve seen some campaigns of epic proportions, with tons of money and brainstorming behind them. And then again, like the one you just saw, some are used for a more personal purpose. Regardless, all of these campaigns are fairly recent, most of them from 2018. We eagerly look forward to the future and what 2019 will bring! If you’re interested, check out more campaigns like these!